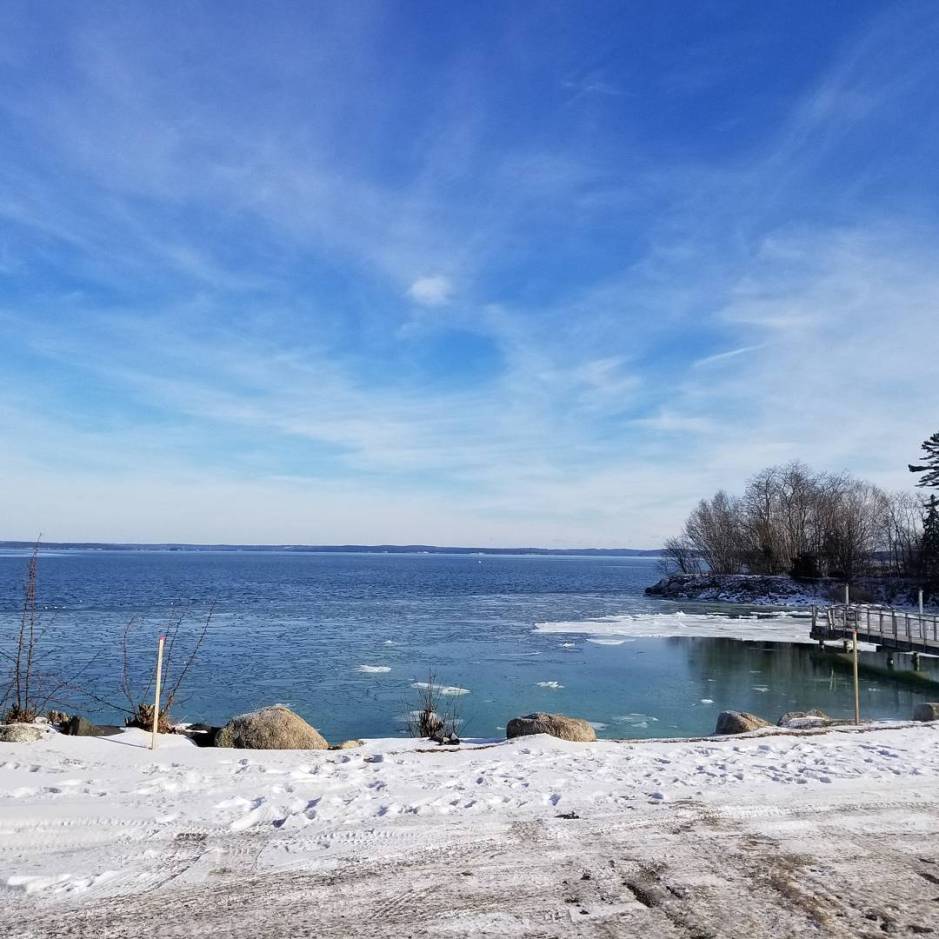 I don’t know exactly when I met my friend Andy.  I actually met him because I was friends with his wife.  I met his wife (I am going to call her The Scallop Divers Wife because I try not to use living people’s names in my blog) in 2004 when I joined the woman’s council at St. Joe’s Catholic Church in Ellsworth, Maine.  I only know it was 2004 because I had another friend that I became friends volunteering for a certain political candidate and she noticed that we both went to 11 am Mass.  My political friend and I decided to join the woman council and we both became friends with The Scallop Divers Wife.  I probably met Andy at a church function or maybe I met him at his house.

I used to enjoys visits to Andy’s house.  I could count on funny stories and lively political discussion.  Periodically I would house and dog sit when they went away.

I moved away from Maine in 2009 because Bryon and I had been dating a year and things were serious.  I always wanted Bryon and Andy to meet.  I know they would have gotten along. Also, Bryon had dreams of being on Deadliest Catch and I told him I could get him on a fishing boat on the Maine Coast.

But sadly, the visit never materialized.

Then Andy got sick.  Cancer.  He was given a six months to live.

Like Bryon, Andy fought.  He turned a 6 months life sentence into three years.

Shortly after Bryon passed, Andy’s niece passed in a car accident and he and his family traveled to Vermont for the funeral.  It was about three hours away but I made the trip to see them the day before the funeral.  I knew I had to make this trip because I didn’t know how much longer Andy would be here and I didn’t want to have any regrets.  I knew that this might be the last chance I got to see Andy.  After Bryon died, all the regrets I heard were from people who said they wished they knew him better.  No one said they regretted visiting him.

During that visit, Andy and I didn’t know what to say to each other but it wasn’t awkward.  I remember him being kind to my daughter who was two at the time.  He was too weak to socialize and I spent the afternoon catching up with The Scallop Divers Wife.  She gave me a lesson on cooking lobster and they sent me back to New York with some Maine lobster. 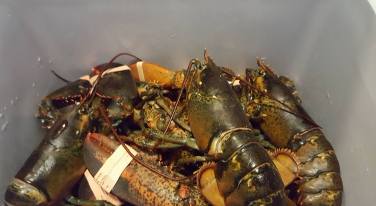 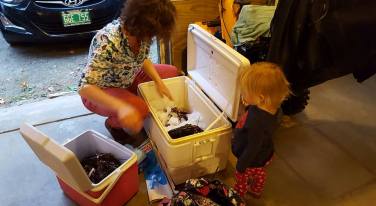 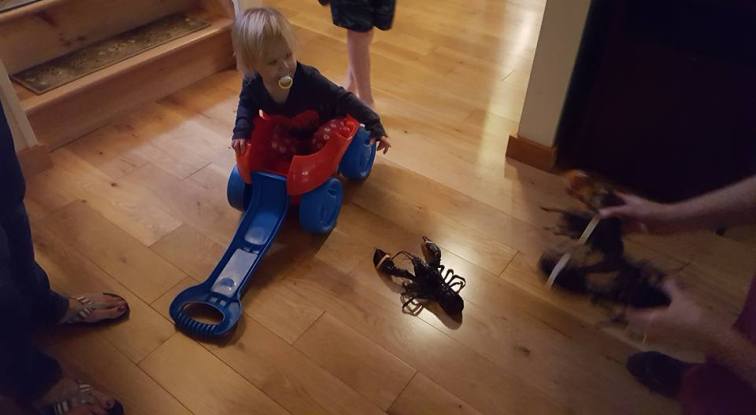 Andy and I had a few conversations on Facebook Messenger.  He said it was hard to read my blog because he knew his wife was going to be going through the same thing.  I admit that it was hard to discuss death with a dying man.  I wondered if Bryon had similar thoughts.  I will never know because Bryon couldn’t speak.

Around Thanksgiving I got the news that Andy’s cancer had spread to his brain.  We had a Facebook Messenger conversation.  He told me he wasn’t ready to die, his sons were so young.  I really didn’t know what to say.  It ended up being our last conversation.

In the beginning of December, I found out that there was nothing more that could be done and Andy would be going to Hospice.  Luckily he was able to go home.  My heart ached for The Scallop Divers Wife.  I remembered the pure agony of waiting for your husband to die.  I only had 24 hours of that agony from the “there’s nothing more we can do” conversation (though for me the words were “your husbands heart is going to stop beating today”)  and my friend’s agony was open ended.

When I found out Andy was going to Hospice, I was worried that I wasn’t going to be able to make it to his funeral.  I work in oncology data and I know many patients don’t last long in Hospice.  I was out of personal time at work for the year.  I was beside myself thinking that I wouldn’t be able to go to Maine and be there for the funeral.  I remember who showed up to pay their respects when Bryon died and I wouldn’t get to be one of those supporters for my friend.    I decided that if I was meant to be there, it would all work out.

But I was also nervous that this was up in the air because this would be the first funeral I would attend since Bryon’s.  That is a huge first for any widow.  I have a tendency to obsess about things that potentially give me anxiety.  But there was no doubt that I would work through it to be there for my friend but I was having a hard time channeling this nervous energy.

Andy’s family got one more Christmas with him and he passed on December 28, 2017.

I confirmed with my manager at work at my personal time for 2018 become effective at the New Year and then I made arrangements to go to Maine for the funeral.  Ironically my parents were in Albany so their trip was cut short but they were fine with it because I was bringing my daughter to Maine and they got to spend time with her there.

And my daughter likes playing play-doh with her Grammy.

I ended up grabbing dinner with another good friend.

I forgot to take a pic of us together, but here is a pic from us last summer at my best friends wedding.  This was also in Maine but it was much, much warmer.

The following morning I made the 45 minute drive to Bar Harbor for Andy’s funeral.

On the drive I was thinking about how I have been widowed long enough that I am not the newest young widow in my circle of friends.  Time has a way of slapping you in the face like that.

Andy was a well-liked guy and the church was full.

I tend to think I am invincible when it comes to funerals.  I attribute it to my Boston Irish upbringing.

I will mention something important.  It was during Andy’s funeral that I realized that despite being angry at God that I want a Catholic funeral when I die.  It’s how my grandparents went out.  It’s how my uncles went out.  It’s how Bryon went out.  And while God might be a hateful jerk who took my husband from me, I am not going to let him take something from me that is part of my heritage.  Andy and I had had several conversations where he challenged my current views on God. I tended to get angry at the other 99.9% of the people who did that, Andy got a pass.  It’s hard to stay mad at him and I also wasn’t going to argue with a dying man about God.  But as the realization about my own mortality hit me, I just said to myself, “Well played, Andy.  Well played.”

I was fine until the moment the funeral started.  Seeing The Scallop Divers Wife have to walk down after the coffin.  I had walked in 5 funerals before Bryon (three grandparents and two uncles) and nothing can prepare you for that moment for when it’s your spouse.  My heart ached for The Scallop Divers Wife and three sons.  I felt shaky during the processional and I asked Bryon to be with me (something I don’t tend to do.  I figure he comes and goes when he feels like it) and suddenly I had my Boston Irish composure back.  I don’t doubt for a second that he was there with me.

Though The Scallop Divers Wife wins the award for being the strongest.  She got up and gave a beautiful eulogy.  I wouldn’t have been able to do it.

I had asked The Scallop Divers Wife if she was okay if I wrote this post.  She said she was curious about reading it from my point of view.  I hope I don’t disappoint her because I don’t remember the details.  I was a jumble of emotions that day and my account is likely to come across as self-absorbed.  No widow(er) means to be self absorbs.  We just have lots of emotions to sort out.  And once we get those emotions sorted out, we hit another widow milestone and it brings up a whole new batch of feelings.

The Scallop Divers Wife is my friend and I hope she will be through the rest of our lives We will always be bonded by the fact that we are young widows.  I am far enough into my widowhood journey (17 months and 5 days) to know that the funeral is like a wedding.  Both are important days but while a wedding is just one day of a marriage, the funeral is just one day in the life without a loved one.

And just like our wedding day, we will remember our husbands funeral for the rest of our lives.

4 thoughts on “A January trip to Maine”