While everyone is entertaining themselves by watching The Tiger King, I felt called to watch The Office on Netflix.

I admit, I was also inspired by my friend Liz as she is awesome and she is an office fan.

And I have zero interest in Tiger King.  Or whatever it is called.  I don’t care how many people on my Facebook Newsfeed watch it.

Speaking of newsfeeds -not going to lie- people have been annoying me.

Quarantine has been getting to me.

A month ago, most people couldn’t care less about the coronavirus and now they are epidemiological experts and they are mad at government for not taking it serious enough and not doing “stay at home” measures sooner.

As if they would have listened if those measures had been enacted sooner.

I have made good use of my “snooze for 30 days function” because I realize that I am probably just irritable.

We are all irritable.  Don’t let it ruin your otherwise good friendships unless you barely tolerated that person anyway.

Then go ahead and delete and block.

And if someone deletes and /or blocks you, be happy they did.  They did you a favor.

Keep space for those who want to be in your life.

So anyway, I wanted to watch something light-hearted on Netflix.  In the recent months I have watched Cheers and Parks and Rec.  I can’t watch Friends or How I Met Your Mother because they are not on Netflix anymore.

Witty conversations with my friend Liz inspired me to watch The Office.

As I began watching (I am currently on Season 5) it dawned on me that I hadn’t watch it since Bryon died.

It made sense why I hadn’t watched it.  I tend to avoid the shows we watched together.

When I went to begin watching the series, I realized that it was in Season 8.  I rarely watched Netflix when Bryon was alive unless I watched it with him and even then, we usually watched certain Netflix series like House of Cards and Orange is the New Black.

It was a spooky feeling to see where Bryon last watched the office over four years ago.

(Fun fact: Our Netflix account is older than our marriage.  My brother pointed that out to me over Thanksgiving when I logged into Netflix with an older email that consisted of my maiden name.)

I’ve been enjoying watching The Office again.   It is bringing back a lot of memories. It was Bryon who had gotten me into the show.

It all reminded me of a road trip we took to Scranton in 2012.

Not to be confused with the time we drove to Scranton in 2015 when he decided to buy a nativity scene for our lawn for our Fun and Old Fashioned McKim Family Christmas.

Our first trip to Scranton was in June of 2012.  According to Facebook, it was 98 days before we got married.

We were dealing with the stress of wedding planning.

Somehow we got talking about Waffle House.  Bryon was a waffle house enthusiast and I had never been.  Through the power of the internet, he learned that the closest waffle house was ten minutes north of Scranton.

We decided to take a break from the stress of wedding planning and take an adventure.

So down I-88 we went, past Binghamton and into Pennsylvania.

I do not have any photographic evidence from that trip to Waffle House but Bryon said it was the cleanest Waffle House he had even been to.  We returned that same Waffle House in 2015.  The only other comparison I have is the Waffle House we went to in Louisiana, which I don’t remember being dirty but it wasn’t as clean as the Scranton Waffle House.

Going to Waffle House was the beginning of our journey.

We went to the Steamtown Historic Site.

Then we went to the Steamtown Marketplace.

Bryon had figured out where the building in the open credits of The Office was located.

We had lunch at Cooper’s Seafood.

Then we went to the Bowling Alley to go to Poor Richard’s Pub.

After that we went to a casino in Wilkes-Barre, PA.

And Bryon took me to spot where New York, Pennsylvania and New Jersey meet.

I hadn’t thought about that day in years.

And as my head is being filled with memories of those hard days in the ICU, it is good to also reflect on the happier memories.

I always enjoyed my adventures with Bryon.  I promised him as he was dying that I would continue to take my daughter on adventures.

Those memories can never be taken away from me.

A week an a half ago my friends (also known as The Tribe) were in Philly for a bachelorette party of one of our own.

As I am writing this post, I am going to apologize in advance for a lack of narrative.  You are getting the bare bones story of my trip. Seriously, if you are Facebook friends or Snap Chat friends with me, you would have already seen most of this.

I didn’t even SnapChat with the groom that weekend and he is one of my top SnapChat besties.  Sorry!  Well…not really….

The weather was amazing.  It was 80 degrees and I even had body in my hair from the humidity.  Albany was forecasted to be getting sleet. 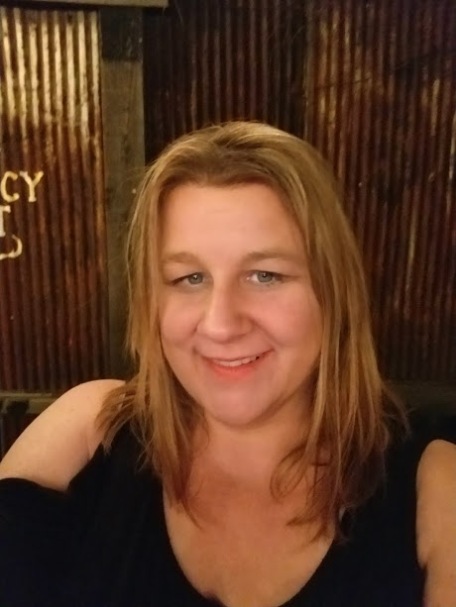 At an airbnb near Center City.  I didn’t take any pics inside but it was down this cute alley.  The house was adorable, had four double beds (and there is a couch that folds out) and the owner even provided coffee, snacks and wine.

I forgot to take photos of my food but here is a menu.  Please excuse the glare. 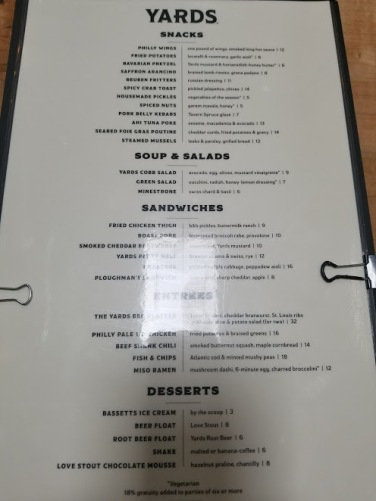 I didn’t take any pictures of the food but everything was delicious.  We got a bunch of appetizers to share.

The food here was amazing. 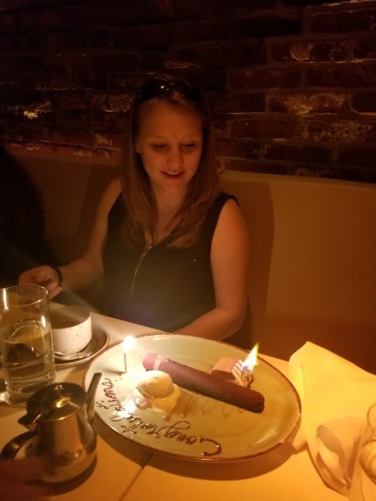 After we had a celebratory drink that tasted like grapefruit. 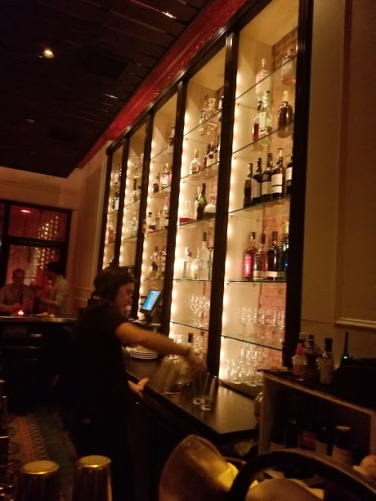 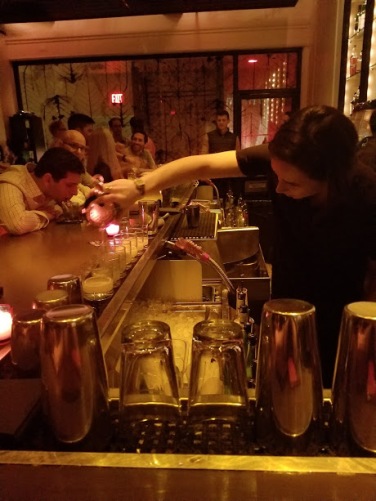 We had brunch here.  The food was good but most dishes had eggs.  I am weird about eggs.  For me its a texture thing.  But I would still recommend this place.

I got the biscuits and gravy.  (a.k.a.  The reason I can never move down South because I would gain 100 pounds.)

Eggs weren’t mentioned as coming with this dish on the menu.  As I mentioned I am funny about eggs.   I think runny egg yolks are disgusting and those egg yolks made me very uncomfortable. Like, I am fine if I am with someone who is eating eggs like that.  Bryon ate his eggs like that.  Or poached. They just can’t be on my plate. The salad was on a separate plate and I managed to swap them out with no egg yolk breakage- success!  All was right in my world again.

I had Kentucky Iced Coffee without the bourbon shot and it was good.

Other establishments we went to 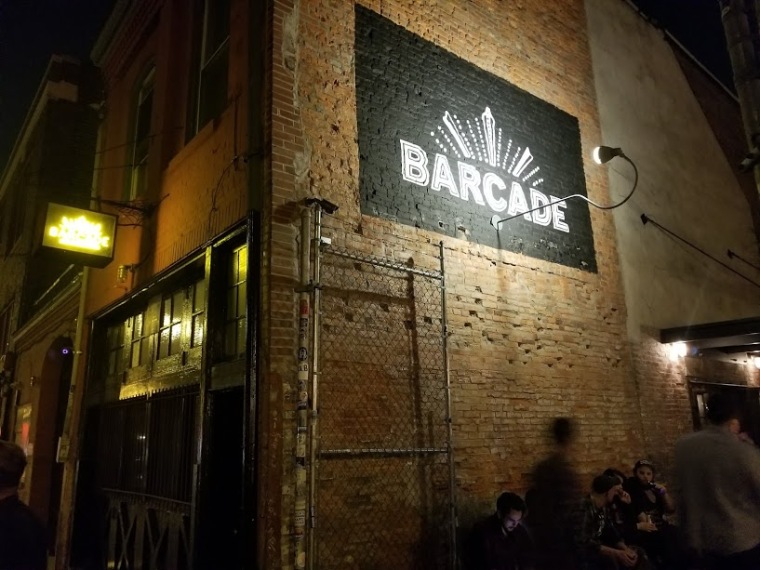 This is a must visit place if you are a history buff like me.  The porter I drank was made from the recipe that was found in George Washington’s records.

We did see a comedy show at Helium. 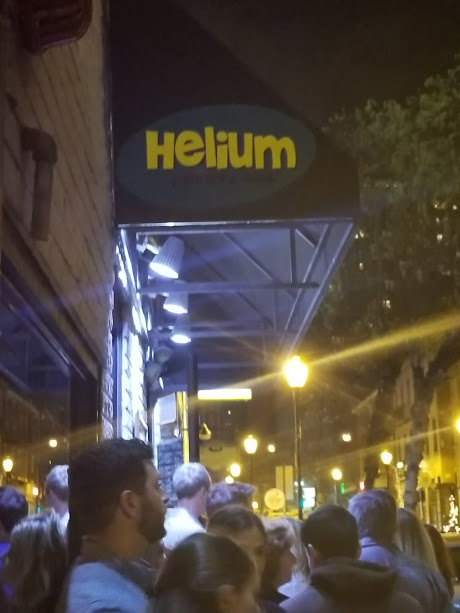 I finally got to see the Liberty Bell.  Kimmy Gibbler and I took our kids last year (I didn’t end up blogging about it) but I didn’t get to see it up close.  That dream was realized this year. 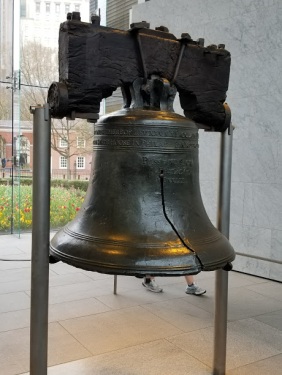 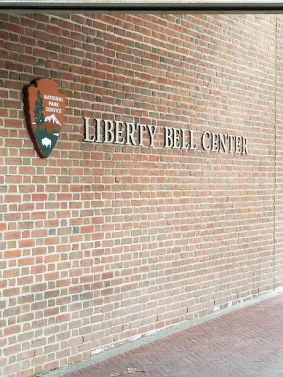 My friend, The Architect, took some photos of buildings that she found interesting and gave me permission to share them. 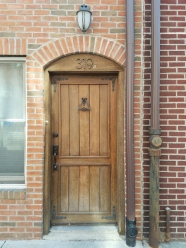 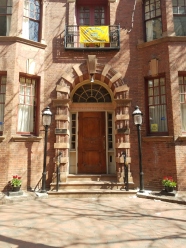 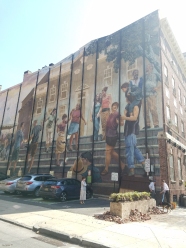 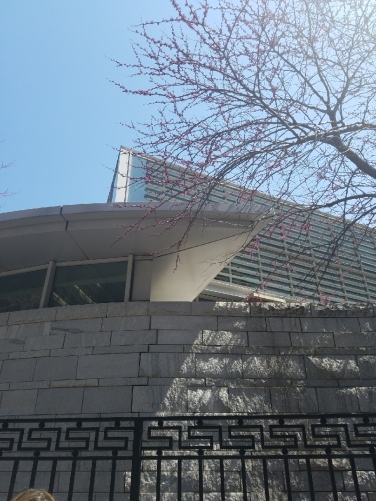 And a few other things

I tried Vietnamese Iced Coffee at The Last Drop.  It was amazing.

I did wear a sash 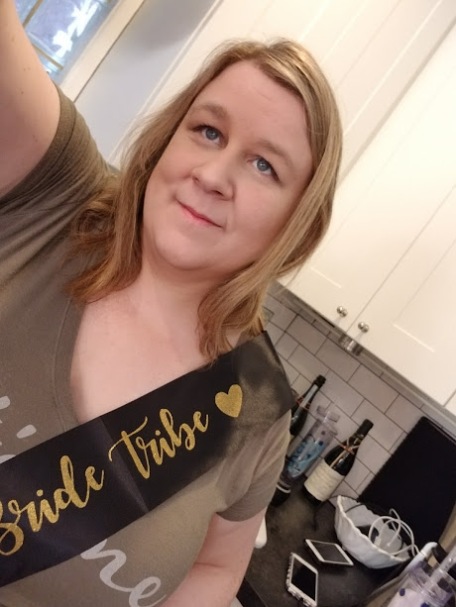 And I got really excited when I saw this.

Have you ever been to Philadelphia?  What are your favorite things to do there?