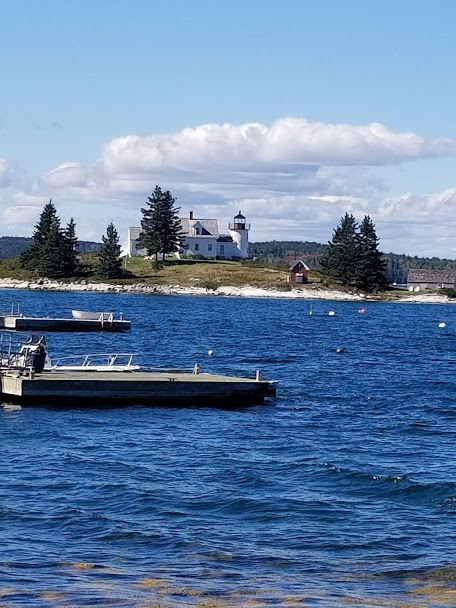 This past weekend was probably an unremarkable weekend for most.  I know here in the Northeast, many people went apple picking or visited a pumpkin patch.

I love fall activities but I know I was not going to enjoy last weekend because last Saturday would have been Bryon and my 6th wedding anniversary.

So what does a formerly happily married, living person do on their wedding anniversary, particularly when the other half of their former happy union is a dead person?

Well last year, our anniversary fell on a Friday.  So I took Kimmy Gibbler out for a steak lunch at Black and Blue Steak and Crab.  The food was amazing. 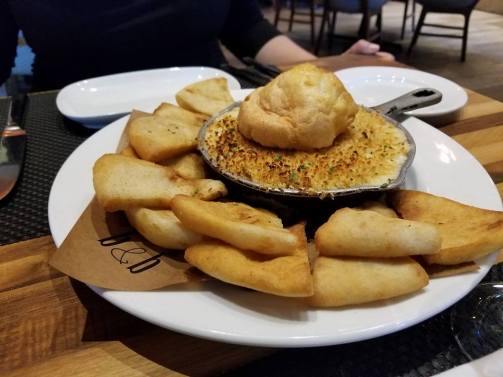 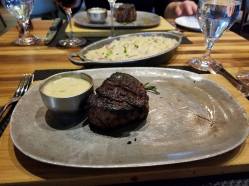 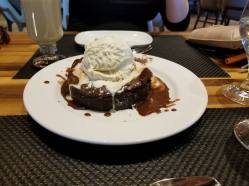 This year our anniversary was on a Saturday.  Taking Kimmy Gibbler out for steak wouldn’t have worked because our kids would be home from school.

I am kidding, of course.

The truth was, I didn’t want to be in town that day.  I didn’t feel like sitting around my house or staying in the town where every place has some memory of Bryon.

So I drove home to Maine for the weekend.

That day my father, my daughter and I went on a day trip.

Our first stop was the scenic lookout at  Caterpillar Hill in Sedgwick, Maine. 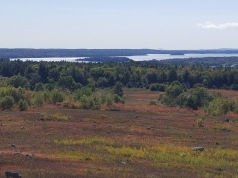 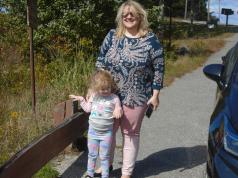 I don’t know what my hair was doing in that picture.  We were near the ocean so it was windy.

Then we crossed over the Deer Isle-Sedgwick Bridge. 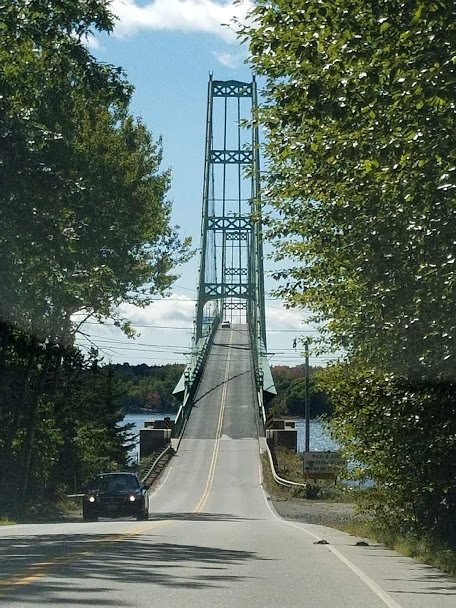 We passed the Little Deer Isle, Maine post office.  This was the post office that my father worked at when he first became postmaster.   This also was the promotion that brought my family to Maine from the Boston area. 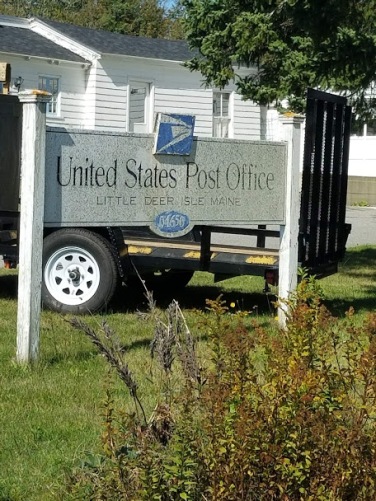 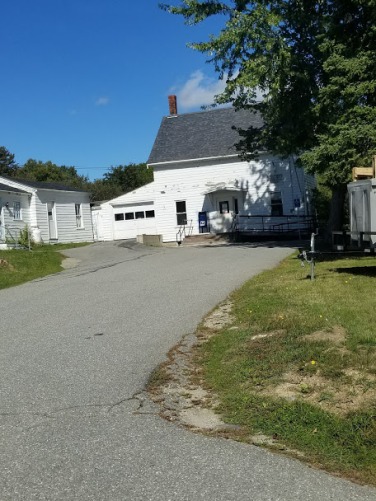 We drove down to Pumpkin Island Light. 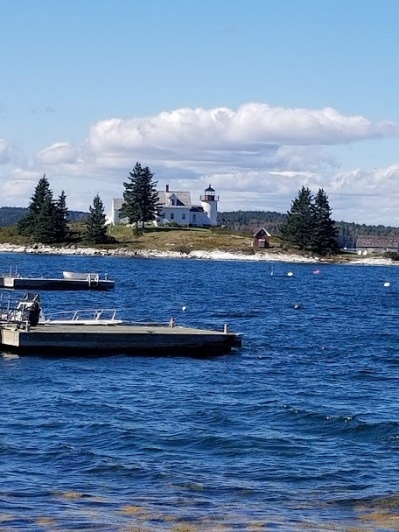 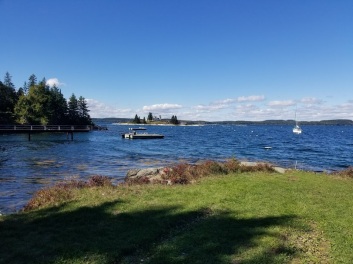 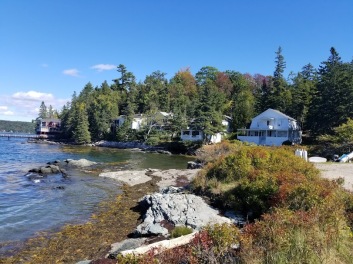 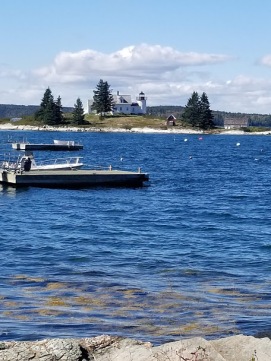 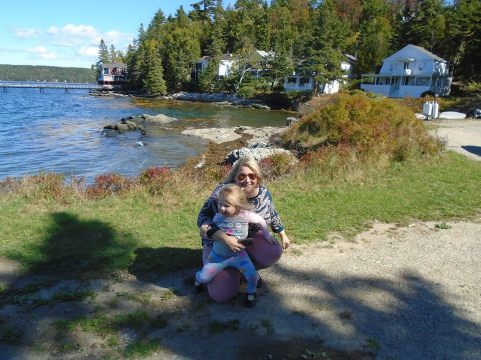 It felt so good to feel the fresh air of the ocean.  The ocean has always been my happy place.  There is something about it that re-centers my soul and reminds me just how insignificant we really are.

We drove around Deer Isle but I didn’t get any pictures.

On the way home, we stopped at The Fish Net in Blue Hill to get fried clams for lunch and a chicken fingers lunch for my daughter.  I went to the takeout window while my father stayed in the car with my daughter, who was napping. 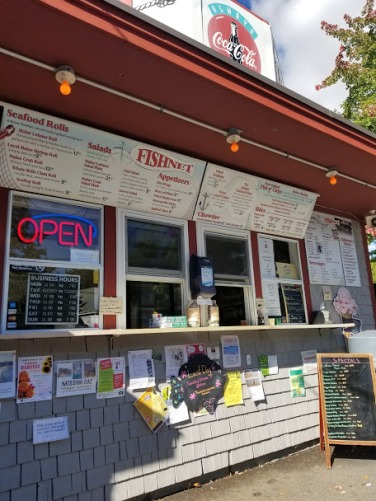 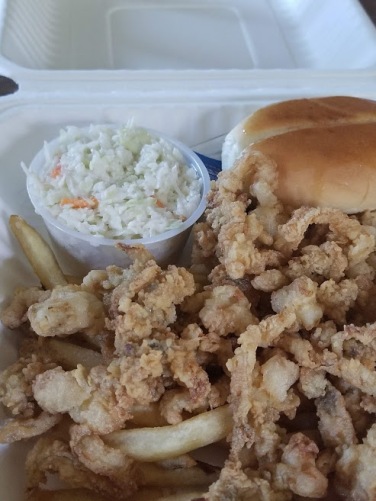 Being home and being around the ocean always makes me reflective.

Lately I have been taking a step back socially to focus on my daughter, to reflect on my life, to take care of myself and to prepare for the next chapter in my life.  I admit, it makes me a little uneasy to look towards the future and not know what to expect.  I have always been a person who liked to have a two year, five year and ten year plan.

Currently, I don’t even have a two month plan.

At times, I feel lost.

A little over two and a half years ago, I still had a husband.  We had just returned from a Caribbean cruise and we had our whole lives ahead of us.

And then that was taken away.

I may have gotten over the basic shock and I have accepted that this happened.  But now I am working on letting go and redefining myself and my dreams.

Please trust me when I say that it’s a lot harder than it sounds.

I was thinking about this as I stood at that clam shack on the Maine Coast when I looked up and saw this:

At that moment, I realized that no matter where I go or how my dreams change, Bryon will be there with me.

And that was the best anniversary present I could have gotten. 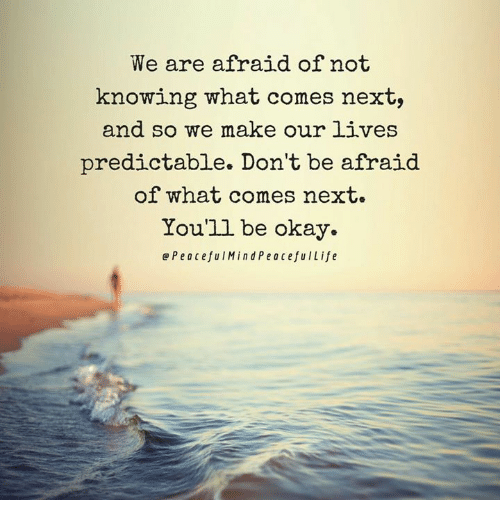 One thought on “A Fall Saturday in Maine”