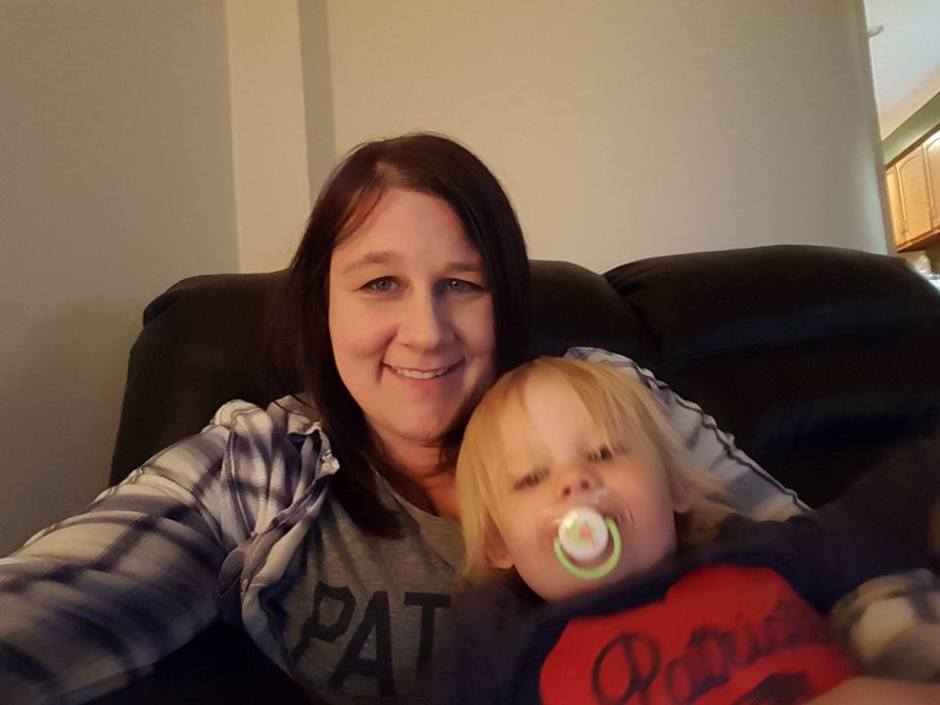 I knew this moment was going to come.

Over the weekend I got invited to a special Facebook group that consists of all my classmates from the Class of 1997 from Ellsworth High School. And guess what? It is time for our 20th reunion.

When did I get so old? Where did the time go? High school feels like it just yesterday and it also feels like a whole lifetime ago. Maybe that’s because my wardrobe has cycled back to my 1990’s style which consisted of running clothes, Red Sox T-shirts (which are timeless, really) and flannel. Both the 1997 and 2017 versions of Kerry have it going on!

I don’t know what I would tell my high school self if given the chance. That will be a blog post for another time, specifically after I visit my parents in Maine this summer and find my old photo albums because I came of age before the digital age. (I am like a relic from another era.) I feel like a blog post of that nature should have photos of teenage Kerry from the 1990s.

When I was pregnant, we were watching the episode of Blossom when she gets her period for the first time and Bryon started to freak out. (We did not find out if we were having a girl or a boy, but we were convinced our baby was a girl.) Bryon started freaking out and said that if I died, he didn’t know how he was going to explain periods to our daughter. I assured him that it would be okay and that the baby’s Godmother would most likely step up and help.

It never dawned on me that Bryon would not be here during our daughter’s teen years.

Someday my daughter will be 14 years old and will embark on her high school journey. I always thought that Bryon and I would be parenting as a unit. I would deal with all that girly stuff, take her clothes shopping (where Bryon would enjoy pretending to be outraged that we were spending money) and teach her how to wear makeup (or take her to the counter because I am clueless). Bryon would help her with her math homework and be her biggest fan in whatever sport or activity she chose to do. I used to tease him that he was going to be a cheer dad. Bryon came from a family of all boys and they all played hockey. Bryon was very competitive and passionate for whatever team he was cheering for and I told him that I could see him becoming a cheer dad and screaming “YOU CALL THAT A PYRAMID!!!!” He would have embraced it and played it up around his guy friends.

I have no clue on how I am to guide my daughter. I was not a cool teenager and my daughter is already much cooler at 2 and a half than I was at 16. She is not awkward around her peers and I am still socially awkward at times. I did not discover Bath and Body Works until I was in college and my daughter is already obsessed with the various body lotions and body sprays at age 2. She loves to shop for shoes and clothes already. I have no idea what I am in store for when she becomes a teenager. And I am convinced she already knows how to flirt at age 2 and I still have no clue how to do that at age 38.

But it isn’t just about helping her with fashion and relationships. Someday my daughter will be 18 years old. She will have dreams. She will go to college. She will need guidance on obtaining those dreams.

Every night she wants me to read this book to her. 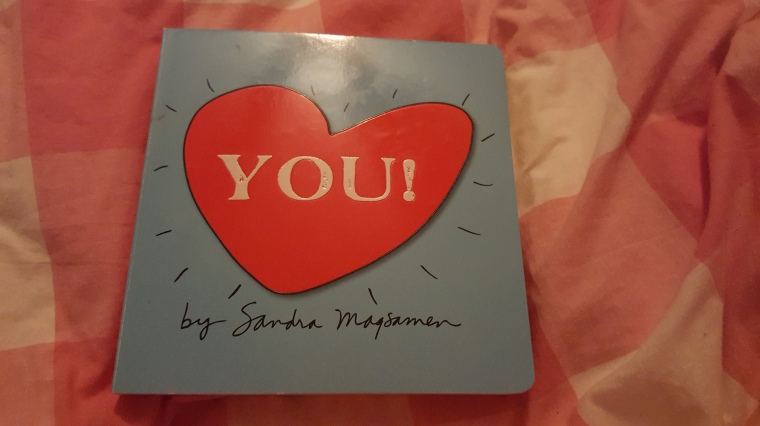 It’s an adorable book with a positive message. But there is one page that when I read it to her, I can feel Bryon say “I am not be paying for her to go to college to live in a *expletive* tree. And that part about being a poet, she and I would have a discussion on the average salary of a poet and the cost of living in Upstate New York…” 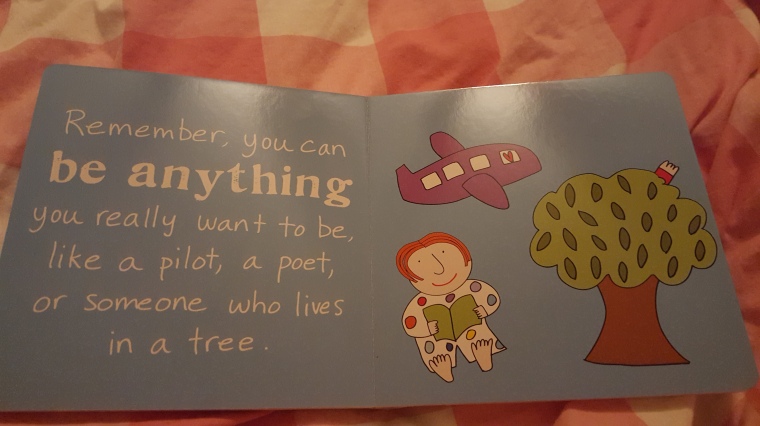 It doesn’t matter what age my daughter is. Without her father, she misses out on so much.

One thought on “Without Daddy”