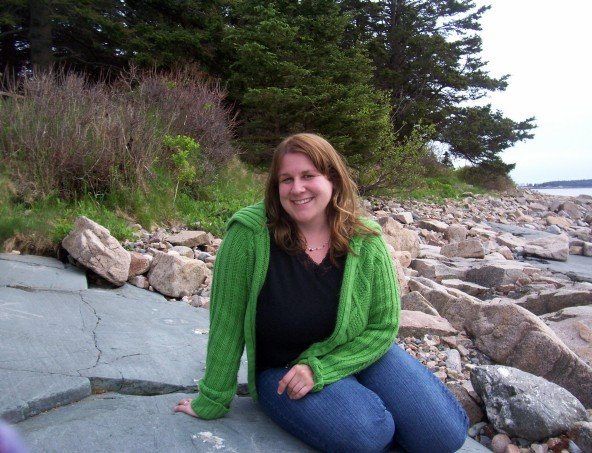 I always thought I had a strong sense of who I was.  And I never questioned my own authenticity.  Yes, on the outside I am from a small Maine town but many people don’t realize that I spent the first 14 years of my life in the Boston area.  I spent a semester abroad in England when I was 21.  Besides Boston, I have spent time in London, Paris, Chicago, New York, Washington, D.C., Miami, Houston, New Orleans, Vegas and many other cities.  I am fairly educated and worldly.  I just try not to be pretentious about it.

I have always been a rule follower whether it was my Catholic religion or sitting in school.  I was not a kid who got in (much) trouble.  I did get caught daydreaming a lot but there was a whole world outside whatever window I was looking out of.  I can’t say I never broke the rules in high school but I pretty much did as I was told.  I did not drink in high school or go to gravel pit parties.  I rarely stayed out past curfew (though my parents were pretty lenient as long as I called) though sometimes I stayed the night at my best friends house because she did not have a curfew. This created a kind of late night loophole that I would take advantage of. (Sorry Mom and Dad!)

I stretched my wings a little bit when I was in college.  A few weeks into my freshman year I decided to get an eyebrow ring.  It was 1997 and it was before they became popular.  It actually looked good on me though I don’t think any picture exists.  I didn’t think it through because I was heading home the following week and figured I would just take it out when I was around my parents.  My parents never saw it (though my brother saw it and he kept threatening to tell them).  I realized that I was never going to have the guts to wear it in front of my parents and I couldn’t handle the pressure of living a double life so the eyebrow ring didn’t last.

And of course, there was the road trip my friends and I took to St. Stephen, New Brunswick just so we could go to the bars when we were 19.  I remember walking along the Saint Croix River, pointing to the Maine side and laughing because we “couldn’t drink over there but we can drink over here.”  I always think of that trip every time I hear “One Week” by the Barenaked Ladies.  I wasn’t a saint but I kept myself out of trouble.

I was a very hyper and annoying kid and somewhere along the way, I figured that I had to bottle up my true self to fit in with people.  I would just sit quietly because I didn’t want to become hyper and weird and annoying.  I chose to only open up to a few.  I liked to participate in structured activities so I only had to discuss the topics on hand.

After college, I started dating the guy who would later become my ex-boyfriend.  I think of him as kind of an anti-Bryon because he was the exact opposite of Bryon.  One could argue that Bryon was the over correction of this guy. I could probably write a whole post on him and what I learned from that relationship.   In very general terms Bryon was a Catholic, Republican, manly-man who loved sports while the anti-Bryon was a Protestant, Democrat, non-manly man who preferred science fiction to sports.  Another big difference was that Bryon actually liked me while the anti-Bryon did not.  I think I was someone who paid for dates for two and a half years.  He never embraced me for who I was and I spent two and a half years trying to be the woman he wanted.

After I broke up with the anti-Bryon, I got absorbed into the world of politics and most notably, the Young Republicans.  I embraced the lifestyle of Republican politics and I wore suits, heels, pearls and the Sarah Palin hairstyle.  I loved politics because it was like I was an actress playing a role.  I didn’t have to worry that I was shy and awkward.  Politics gave me a way to relate to people.  It was also during my time in politics that I learned conversation skills and poise.

Politics led me to the best years of my life.  My years with Bryon.  The years where I became a wife and mother.  And like everything else, being a wife and mother provided me with a role that I was more than happy to assume.  Bryon did love me for me but relationships are always filled with give and take.  Bryon had the successful career and I pretty much was content to live in his shadow.  It might have caused some contention between us at times but I don’t regret it. Especially since he apparently wasn’t meant to be here as long as the rest of us.

I have heard that during widowhood, you begin to question everything you once believed.  I thought I had myself and the world all figured out.  While I learned that I am much, much stronger than I ever gave myself credit for, I also learned just how much Bryon overcompensated for my weaknesses.  I don’t have him to cover for me anymore. I have learned that I can count on my family and I have also learned which of my friends are actually my family.  I have learned who I can’t count on (some were surprising) and which friends really weren’t friends. I learned that you can’t put all your faith into the healthcare system and that the healthcare system can fail you.  And I learned that God  doesn’t care if you did your best to be a good Catholic girl for over 30 years.

All those years of trying to fit into roles and groups has left me with a repressed free spirit.  I have always had a free spirit that gets antsy and wants to see the world.  It used to drive Bryon nuts when I wanted to day trip to anywhere, as long as it was out of Albany. He usually indulged me. I also have a creative side.  I am still in the process of trying to let those parts of me out.  I have been running.  I have been travelling.  I have been cooking new recipes and putting together furniture from IKEA.  I have been reading about Buddhism to try to stay Zen.  I have been in the process of changing over to natural cleaning and beauty products.  I plan to have a garden this summer and learn how to can vegetables.  I tried to dye my hair blonde but that didn’t work.  And don’t be fooled if you ever see all the books on my nightstand.  You might see titles that consist of history, religion, politics, business, memoirs, parenting and grief/self help but the last two books I read consisted of one by the Long Island Medium and the other was Jodie Sweetin’s memoir.  Candace Cameron Bure’s memoir isn’t proving to be nearly as exciting as Jodie Sweetin’s memoir.

3 thoughts on “Brunette Catholic, blonde Buddhist or somewhere in between?”