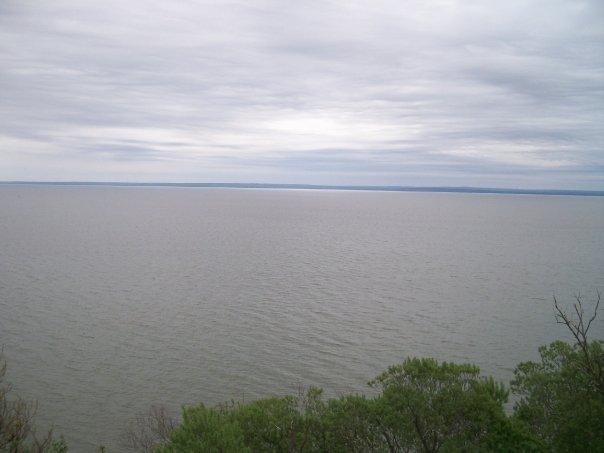 I am going to preface this post by saying that what I am going to write about will be upsetting to some.  When you read it, please remember where I am coming from and that this post is just about how I feel.  This is my starting point for my healing process.  I am open to conversation on this topic but please respect that this is where I am at right now.

I was born into an Irish Catholic family.  I was baptized at St. Mary’s Church in Billerica, MA in the fall of 1978 and had my first communion there when I was in second grade.  I got confirmed in 1994 at St. Joseph’s Catholic Church in Ellsworth, Maine.  Bryon and I got married at Blessed Sacrament Church in Albany and our daughter was baptized there a two years later. Two years after that, Bryon had his funeral there.  Aside for a period of time during my teenage years, I loved being a Catholic.  It was just as much a part of my heritage as was being Irish and I love tradition.  I have always felt at home within the Catholic Church and never felt the need to explore other denominations of Christianity or other religions.

Religion has played an important role in my life and in our married life.  We attended Mass on most Sundays and Holy Days. For awhile, we attended Young Adult Ministry until the program was discontinued. Bryon was a lector and sat on the Parish Council.  He also helped out with many parish projects.  My involvement wasn’t as noble as Bryon’s but I like to think that I took care of our daughter which freed him up for his ministries.

Naturally, when Bryon was sick, I relied on my faith to get me through it.  I prayed, my family prayed, friends prayed, people I didn’t even know prayed. Friends and family put Bryon on their prayers lists and chains. People I didn’t even know put Bryon on their church prayer lists and chains.  People would reassure me that Jesus healed.  I guess we just didn’t reach the quota of prayers for healing.  We were short.

I used to love saying the Rosary.  I always thought it was beautiful.  I took great comfort in it.  I usually made sure to say it once a day during Lent.  I am ashamed that I wasn’t always good about setting aside the time to say it as much as I should but how am I supposed to say the Rosary now?  The same prayers that provided comfort now immediately transport me back to the ICU room and the words fill me with anxiety.

I was having a discussion with a good friend who lost her brother when she was in college. We were talking about how the cliches were the worst.  Most cliches aren’t that bad but they aren’t always helpful and then when you multiply them by hundreds it compounds the frustration.  Sometimes I think people feel the need to say something to try to make me feel better but can’t think of anything so they default to a cliche.  And those cliches usually make the grieving person feel worse.  Sometimes it really is better to say nothing at all.  We discussed that even if it true that God loves us or that it is part of “His plan”, now is not the time.

I keep hearing about a “plan”.  All of my suffering is part of a plan.  But this doesn’t make me feel any better.  God wasn’t the only one with a plan.  Bryon had a plan.  I had a plan.  A lot of people close to Bryon had plans that involved him.  All we are left with is pain.  How am I supposed to trust this “plan”?  How am I supposed to take comfort that there is some plan when this plan involves the world losing a good man, me losing my husband and my daughter losing her father?  I hope God is up there enjoying his plan being executed while there are those us that are suffering.  I hope God is happy about it because I am not.  I couldn’t care less about his plan right now.  I have some choice words about his plan that I will refrain from using here.  I have a hard time believing that God’s Plan has anything in it that can make up for this.

Bryon’s death isn’t just some bump in the road or a disappointment of some sort.  I lost my other half.  He is gone.  And the whole foundation of my life hasn’t just been rattled.  It has completely come down.  All of our dreams are gone.  Yes, I have some pieces that I have salvaged but I don’t think people really understand how big of a void Bryon’s death leaves in my life. And yes, I am aware that things can be worse. I still have my daughter who I love more than anything in this world and she is a piece of Bryon but she doesn’t replace him.

I keep hearing that God loves me.  Really?  I am expected to believe that?  When you love people, you don’t hurt them senselessly.  Bryon’s death was senseless.  He shouldn’t have died.  He deserved to live a long life. God chose him to die.  His death leaves an emptiness in my life.  I will not grow old with my life partner.  My daughter will never know firsthand what an amazing man her father was.  His death leaves a void among so many of our friends and his work colleagues.  So many people depended on him.  This is not love.

People tell me that they pray for me and my daughter.  I truly appreciate that you are thinking about us and wishing us well.  I just say thank you because I don’t have the heart to tell you that I think praying is pointless.

I also have realized how much I used to pray.  I used to pray for many things, specifically for people and for guidance.  I realized that I have not prayed since Bryon has died.  To me, there just doesn’t seem like there is a point.  I lived my life trying to be a good Catholic girl.  I tried to follow all the rules though I failed miserably at some.  I prayed so hard and God clearly doesn’t listen to me.  I have been told that God answers prayers, but not always in the way you want them.  If that was the case, then what was the point in praying for Bryon to get well?  If God just did what he wanted to do then what was the point of praying?  And if he was going to take him in the end, then why did he make him suffer for five months?  It was downright cruel to Bryon and it was downright cruel to those of us that cared about him and had to watch him suffer.

I can feel the judgement and the pity.  They are usually met with condescension and patronization.  Especially from people who are happily married and don’t know the pain of losing your spouse at a young age.  I know it is easy to look at me and feel pity.  I know, it must be so sad to see my faith crumble. I get it.  You would never lose your faith if this happened to you because your faith is much stronger. Trust me, you can’t even imagine this pain until you live it and I sincerely hope you never have to.

I don’t mind when people offer book suggestions.  I don’t mind honest, sincere suggestions.  I welcome deeper conversation.  But I don’t need to go to Mass at a different parish.  I am aware that the Catholic Church offers the same Mass in different parishes.  I have attended Mass in 4 countries and in two languages.  I understand how the Church works.  I know where to find Mass should I want to attend and I am going to be just as mad at God at your parish as I am at mine.

Despite all of this, I still plan to raise my daughter in the Catholic faith.  The church, although it has its faults, is beautiful and it is her heritage.   I still have every intention of sending her to Catholic School.  I hope I am healed enough by then so I am not faking my faith.  For years, I looked down with disdain at “cultural Catholics” but maybe in the end, that is where I will be?  Maybe all these “cultural Catholics” have had horrible things happen to them, things that have shaken their faith to the point that they are going through the motions of the faith?  Maybe I have been judgmental toward them this whole time.

Many widows have found that their faith is stronger in widowhood.  Some widows have told me it took years before they felt that their faith was stronger.  Maybe someday I will be in that group.  Maybe in a few years I will be writing about how my faith is stronger than ever and that I have an amazing relationship with God.  Maybe I will be writing about how I healed and my faith was restored in a way that helps other young widows.  But until then, I am going to stay where I am and just hope that when people want to talk about religion and God with me that they do so without the condescension and cliches.

4 thoughts on “Condescension and clichés”