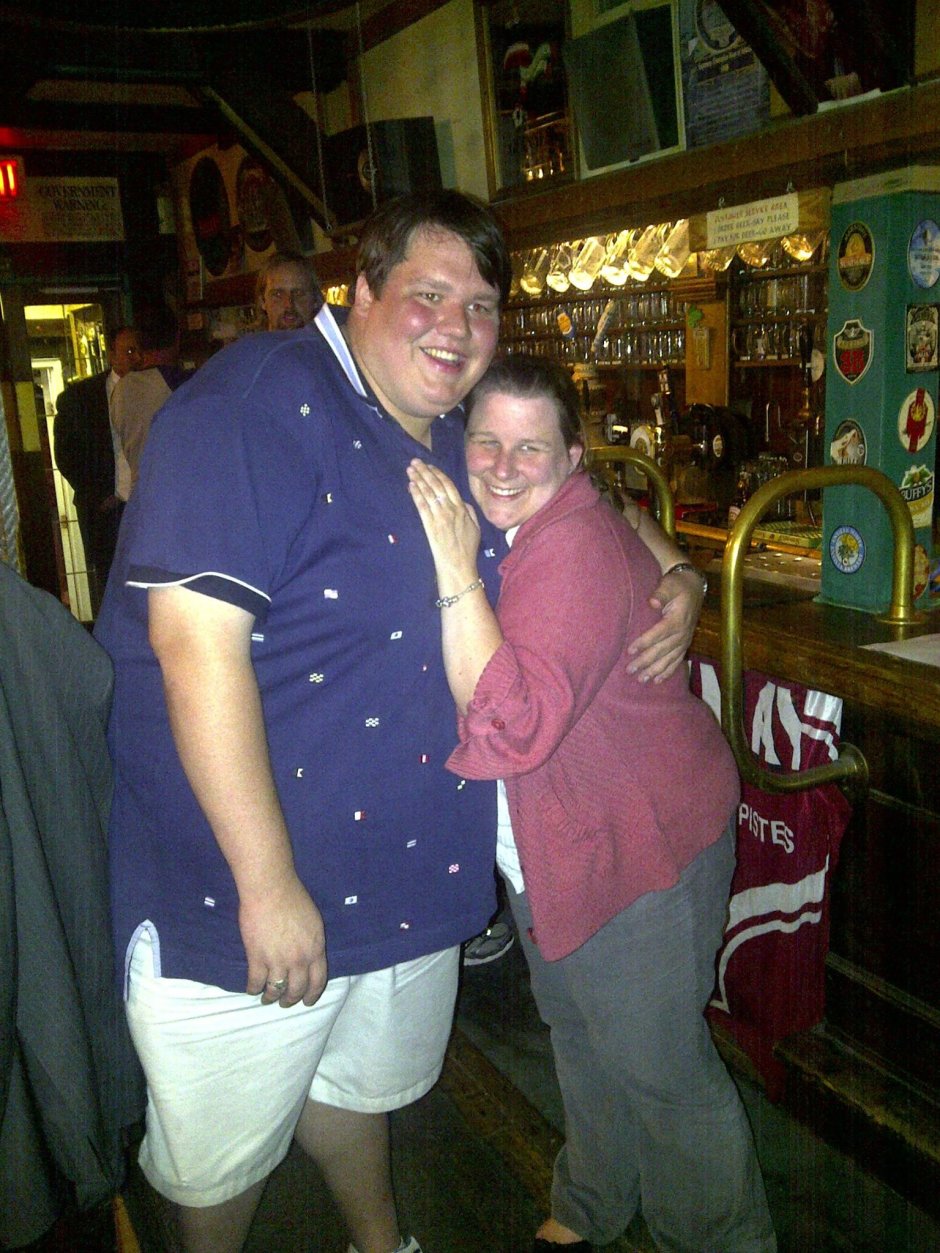 He asked my best friend for help with choosing my ring.  I had my suspicions when she suddenly wanted to discuss.  I mentioned it to a coworker, but I was afraid that if I mentioned it to anyone else that I would somehow jinx it.

We were at the bar where we went on our first date, Mahars Public Bar.  The bar sadly closed years ago.  They had beer from all over the world and a computer that kept track of your total.  At 50 beers, you got a T-shirt.  At 200 you got a mug.  At 500 you got your name on the wall.

Bryon was antsy to go.  Almost nervous which is not like his character.

We get to the bar and sit at a small table.  Bryon is acting sappy.  Again, not his character.  Then he is on one knee and proposing.

It was the exact ring that I told my best friend I liked.

Then his friends seem to come out of the woodwork to celebrate with us.  Apparently Bryon told a bunch of them that he was going to propose that evening.

No picture of the proposal exits.  A good friend said he was going to get a picture but his blackberry was acting up.  But we did a staged photo.  Of which I took off of Facebook.  I hope he doesn’t mind.  If he does, I will make him a funfetti cheesecake.  Or maybe Poblano mac and cheese.  Depends on how pissed he may be. 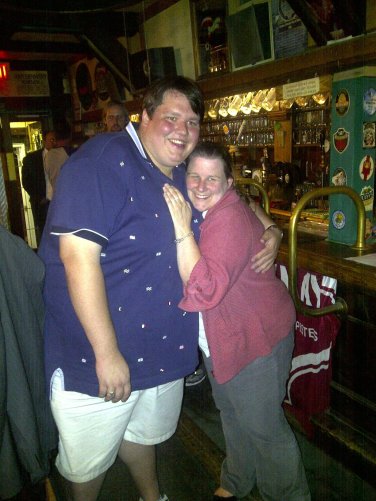 One thought on “Six years ago”

Happy Chinese New Year! 🎊🎉🧧🥡🥠🐀
Because...why not? #thedollypartonchallenge
Home Run Nachos and Buffalo Chicken wontons. I love impromptu dinners with the bestie. Always lifts my mood. Even better when you find old giftcards with a balance on them. #winning #becausethisisamerica 👍 @jennifer.muthig
My last cup of the Starbucks Holiday Blend. ☕🎄
This is what we do when we have overripe bananas.
Basketball practice
Saturday Night drinks...trying to think of something clever to caption this photo. @amyl.lawrence
🤣🤣🤣🤣❤🥂 It's worth a shot 🤷‍♀️
A trip to the Ophthalmologist is an excuse to go to Big G's. A Maine treasure. Miles Standwich for me, plain turkey for Maddy. We both only ordered halves.
Monday morning, free Dunkin Iced. Let's make it a great week!
If you go to the Ellsworth Wal-Mart- watch out! She insists on driving...
Hey, 98.anything, it's good to have you back again! 9/366
Another session of swim. Maddy wanted to do a funny picture. 8/366 #swimmomlife #swimclass #swimmom #lilswimmer #defymca
7/366
6/366
Basketball practice. 5/366
Broccoli Cheddar Soup, I can't wait to eat you. You never let me down @thepioneerwoman 4/366
Now she's just being silly today. 3/366
It's a very hard pill to swallow. Stolen from @mouthy_michelle