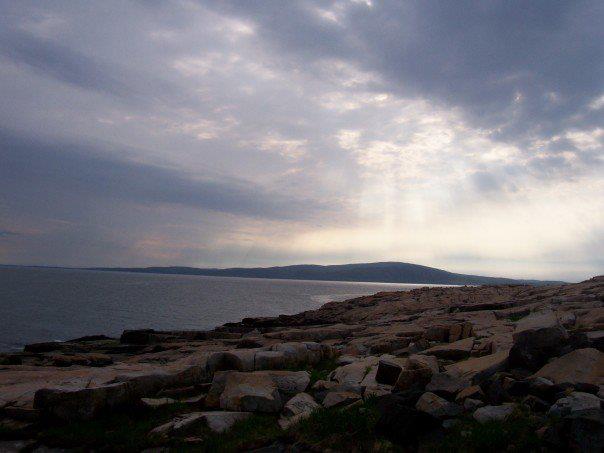 My husband had just been declared dead.  I quietly sat in a chair on his right while the doctors were finishing up.  Our friend (and Godmother to our daughter and like a sister to me) was sitting on another chair in the corner of the room.  We were told to go to the waiting room so they could clean him up.  We could come back and see him before they take him to the morgue.  My friend and I went out to the waiting room where her significant other was waiting.  We knew we had to let people know about my husband’s death.  My husband worked in politics so my friends made sure that the proper people knew of his death.  I decided to make calls to my family and friends.  I wanted to make sure everyone close to us knew before the news of his death started to appear on Facebook.

My first call was to my father.  It was his birthday.  I had made sure to wish him a happy birthday on his Facebook wall at midnight because I knew my first call of the day to him was going to be telling him that Bryon was dead and I wanted to say happy birthday before he got that news.  I had asked my father to call our relatives so they knew.

I called our close friends.   Every call started the same, almost as if I was a robot.  “Hi, it’s me. I was calling to let you know that Bryon passed away this morning.”  Almost everyone, if not everyone, started to cry or seemed shocked.  Bryon came close to dying many times in those five months but always seemed to bounced back.  I think everyone wanted to believe that he was going to bounce back.  I know I did.  I continued to make each phone call in a robotic manner.

I was surprised at how easy it was to make phone calls but I know now that I was in some form of shock. Before my husband died, I always thought that being in shock was a mental state where one couldn’t function at all and that there was some level of not believing the current situation.  At the time, I did not think I was actually in shock.  I was functioning.  I fully understood that his body just couldn’t take it anymore.  It had been a long five months and I had been staring at all his numbers on the monitor.  I knew from the numbers he had over the previous three days that he wasn’t going to bounce back.  For five months, I knew that this was a possible outcome and I thought I was prepared for it, but you are never truly prepared for it.

After the nurse cleaned him up, I was allowed to go back to his room.  As I walked into his room, I was taken aback at how still and quiet it was.  The beeping machines that had been working and monitoring his vitals had been shut off.  They were no longer needed.  After 5 months, Bryon finally looked like he was at peace.  I sat to the left of him and just looked at him.

My friend and I decided to say a Hail Mary.  We cried through it.  Then the priest came by.  A member of the pastoral care staff had tried to contact him while he was saying morning Mass and the priest scolded me for the interruption.  I remember saying “I am sorry my husband didn’t die at a more convenient time.  I did not know you were saying Mass and I really could do without the attitude right about now.”  I have never snapped at a priest like that before.  Let’s hope my grandmother never finds out that I talked to a priest like that.

Earlier that morning when the nurse sent me out of the room to clean him up, I thought I wouldn’t need to come back. I had just spent the last 3 days sitting in his room as I watched him actively die.  The death felt so final.  I didn’t think I needed any extra time but when I went into the room, I found that I needed to just look at him.  I remember thinking about how I was never going to kiss him again or feel his embrace.  I was never going to hear him tell a funny story.  He had been a person that was so full of life and now he was gone.  I didn’t want to leave him.  The next time I would be seeing him, he would be in a casket.

His nurse was waiting for hospital transportation to come and take him to the morgue.  I began to feel anxious.  What if the transporters don’t arrive?  What if his body gets lost?  I felt like I needed to stay there to make sure he got moved to the morgue.  I had spent the past five months monitoring his care and needs.  Was his test done?  What were the results? Has the specialist seen him?  Did he get his medicine?  Does he want to change the channel on the TV?  For the past five months, I had to have my cell phone fully charged and by my side.  One time I dropped my daughter off at daycare and I had left my phone in car and had a panic attack when I got back to the car and I had realized that I had left my phone there.  What if something happened to Bryon and they were trying to get ahold of me?   I came to the realization that it was just his body. The life was gone from his body and he no longer needed me to monitor every move.  It was time for me to go back to Albany. It was time to go home and see my daughter.  It was time for me to go home and plan his funeral.

As I walked out of the ICU, I stopped by the team of his doctors who were rounding on another patient.  They all stopped when I approached and just looked at me sympathetically.  I thanked them for taking care of my husband and told them that I knew they did everything they could.